Bioheat® is a blend of ultra-low-sulfur heating oil and biodiesel, which is made from natural sources such as soybeans, plant oils, animal fats, algae and other natural resources. 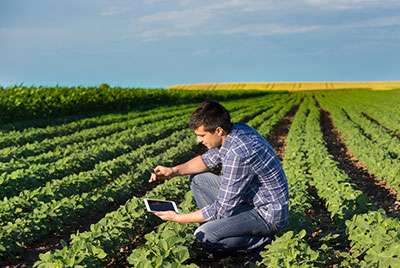 It is renewable, clean, cutting-edge and energy-efficient. And it requires no modification of your present oil heating system. Bioheat is produced right here in the United States, so it supports local farmers, local industries and a local economy. But that’s just the beginning. Consumers who use Bioheat benefit from:

Why is Bioheat more efficient?

The proliferation of Bioheat has led to the development of oilheat systems that are smarter, more efficient and with a smaller footprint. Today’s new systems can save you 30% or more compared with your old, outmoded oilheat system.

Full-service oilheat dealers are embracing Bioheat, beginning with B5 blends (5% biodiesel) and increasing from there. Each increase in the percentage of Bioheat in the blend results in even greater energy efficiency and lower emissions.

Oilheat dealers in New Jersey, along with the entire industry, have committed to adopting even higher blends in the not too distant future. This includes achieving industry-wide blends of B20 by 2023, B50 by 2030 and a 100% Bioheat fuel by 2050, which will result in net-zero emissions! Bioheat is a big reason that homeowners in the state can look forward to a long, comfortable and fuel-efficient future as heating oil customers.